Students from our EAP1 (English for Academic Purposes 1) class had a highlight-filled trip to the Auckland War Memorial Museum on last week.

They met 'Peter' the 12-metre T Rex skeleton - one of the most complete every found, and which is only display for the first time ever. T Rex skeletons are an incredibly rare sight in New Zealand - and one containing real bones is even more rare (as most of the examples in museums are replicas). What makes this example ultra rare is its stunning black colour, caused by mineral deposits on the bones.

The class has been learning about our volcanoes and how Auckland sits on an active volcanic field. As part of the visit, we sat in a simulator of 7A Puia Street, St Heliers, as the TV in the corner showed a news announcement and the floor shook as if a real eruption were happening out in the Hauraki Gulf!

Other highlights included our museum-wide scavenger hunt which saw students taking selfies with a guide, something very old, and other awesome things they found throughout the museum.

Cici Pu was the winner of the hunt, earning herself a hot chocolate for her efforts. Of course, we all agreed the best part was Pete the T-Rex who was on hand to greet us as we arrived. What a treat to be able to see a dinosaur skeleton in real life. 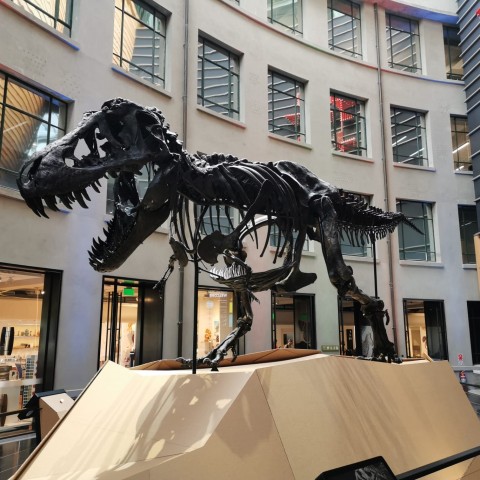 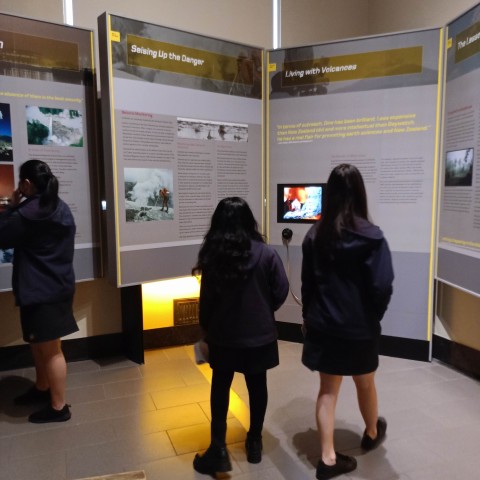 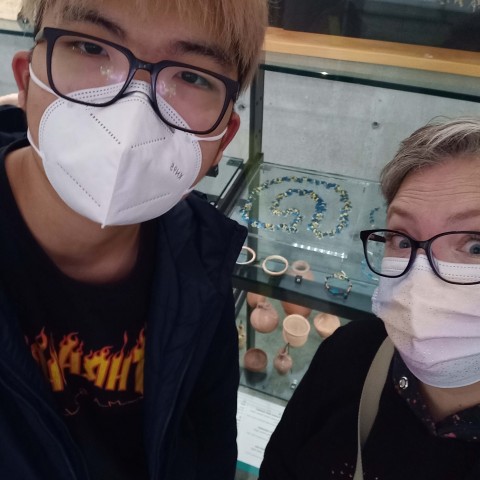 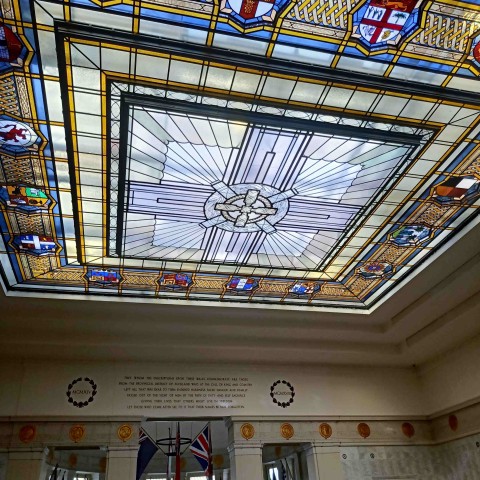 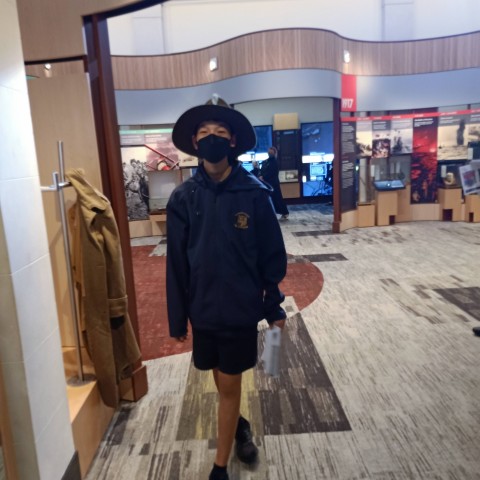 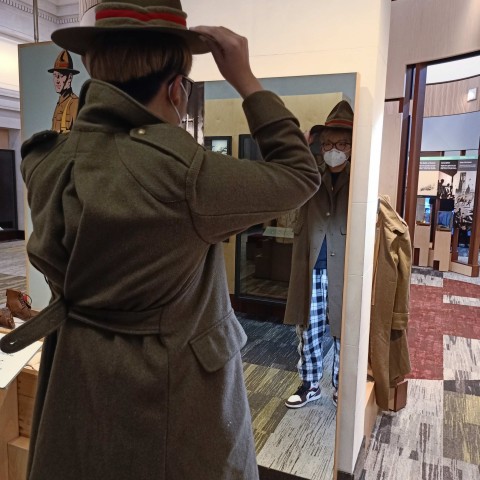